To do this, Feldstein develops and presents “an AI Global Surveillance (AIGS) Index—representing one of the first research efforts of its kind.”

As Feldstein explains, "The index compiles empirical data on AI surveillance use for 176 countries around the world. It does not distinguish between legitimate and unlawful uses of AI surveillance. Rather, the purpose of the research is to show how new surveillance capabilities are transforming the ability of governments to monitor and track individuals or systems."

Through creation of the AIGS Index, Feldstein concludes AI surveillance is spreading quickly worldwide - more quickly than previously understood. Furthermore, China is a major driver of AI surveillance worldwide, but U.S. companies are also contributing to this push. And while liberal democracies are the major AI users, autocratic and semi-autocratic countries are more likely to be AI abusers. 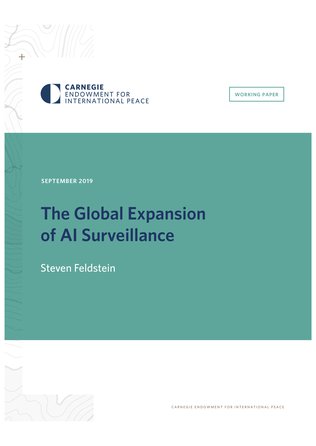