In this working paper, Khan and Roy put forward a framework to analyze digital identity systems, especially those in Asia and Africa whose consequences deviate from normal expectations

Khan and Roy note that new digital identification systems are rapidly being adopted across the continents of Africa and Asia in response to corruption, high costs of doing business and other concerns.

Considering both the rule of law and rule by law, the pair explore the effect of power asymmetries and information asymmetries on digital identification system adoption and implementation.

They also introduce the “political settlements framework as a lens for understanding the differences between digital governance and data concerns” in countries at various stages of economic development.

Khan and Roy ultimately suggest more evidence and analysis is needed to test their framework, but also recognize it can support designing new identity systems in the context of power and information asymmetries present in developing countries. 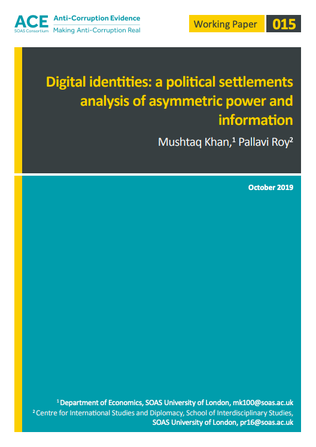